Generally speaking, Apple’s music announcements bore me since they are just minor hardware and software revisions. It’s more hype than actual technology. Steve Jobs making his first appearance made this one a bit more interesting.

END_OF_DOCUMENT_TOKEN_TO_BE_REPLACED

Recently I ordered an APC USB Mobile Power Pack (UPB10) since I found it for a good price (< $30) and was going to be traveling. I had considered it before for my older Sony CLIÉ whose battery was starting to suffer but held off. Now having an iPhone this seemed like a good investment. While traveling this weekend I got a chance to give it a real test.

The great thing about this device is that it’s generic. Any device that can be powered or charged via USB can be charged with this. It simply provides power over USB, nothing more. You use your regular USB sync/charging cables. iPhone, iPod, PDA, bluetooth headset, most cell phones, all can be charged this way. That’s much better than an accessory that only charges a certain device. The downside is you need to have the cable handy, which for me isn’t a big deal since the iPhone power adapter is USB based as well. Being able to charge all sorts of gadgets makes this a pretty handy thing to have.

The unit itself is dead simple. It’s a little smaller than an iPhone, and surprisingly light. Two ports, a USB Type A, and USB Mini-B on the top, and a status indicator and button on the front. To charge use the power adapter, which is sufficiently compact though could be better which interfaces with the USB Mini-B port. It takes about 3.5hrs to charge. To charge your device just use the USB cord you normally use and plug it into the USB Type A port. The power pack itself doesn’t come with a cable to charge. Press the indicator button to see how much of a charge is left. That’s about all there is to the device.

After not charging for a while, and watching a movie on the plane, my battery was getting pretty low. I decided to hook up the APC USB Mobile Power Pack and continue watching video. After about an hour or so (while watching more video), my battery was fully charged and the Power Pack still has about 75% of it’s charge remaining. Not bad at all. Rather than land with a drained battery as you typically do with gadgets, I had a full battery.

It’s not a bad device for a pretty reasonable price. Some airplanes have power outlets outside of first class, though may cost a little extra for those seats. In many cases they use EmPower® or a DC “cigarette lighter” port which require their respective adapters. This runs about the same cost as an adapter, and removes the requirement of being on a plane, in a seat that has a outlet handy. If you need to power a laptop, your going to need an outlet. For a mobile device, this is a much better solution.

So it appears Apple is neutral on development for the iPhone/iPod touch platform. That’s according to Apple’s Greg Joswiak. He also confirms the lack of Bluetooth on the iPod touch. Interestingly he also notes the two devices are practically the same platform. Which makes me wonder: why is the iPod touch crippled? It doesn’t seem to make sense. I guess we’ll learn more once hackers get a hold of it and start tinkering. I’m sure someone will compare the two and see what’s different.

According to Gizmodo (boy I’m linking to them a lot lately) the iPod touch doesn’t have an add button for calendar. It runs the same software, so it was most likely just disable to persuade people to get an iPhone. Bluetooth likely removed to keep cost down. As I said yesterday it’s critical to keep that price in range.

Hopefully someone will hack together a fix, or Apple will realize this product is to crippled to be fun. If they didn’t disable features it would have been a PDA killer. Now it’s a tiny overpriced iPod with a big screen.

Engadget has the story as well. Comments are also interesting. It seems lots of people are very disappointed by this.

There’s been a storm of news about the new iPod lineup, and of course the iPhone price drop (and refund). Some interesting things have been said. I think Gizmodo has put it best. “iPod Overload Offers Up Hard Choices, No Clear Winning Device“. Between expense, poor provider (AT&T), lack of 3G, and being new, people are hesitant to move to the iPhone. Price and a mere 16GB is keeping people away from the iPod touch. The Classic and Nano feel pretty outdated for what they cost. The shuffle could put you to sleep.

Gizmodo’s title is pretty accurate, because it illustrates the problem with this lineup. There’s no easy choice, just a lot of concessions for most people. I’m guessing a few things will change in the first half of ’08

END_OF_DOCUMENT_TOKEN_TO_BE_REPLACED 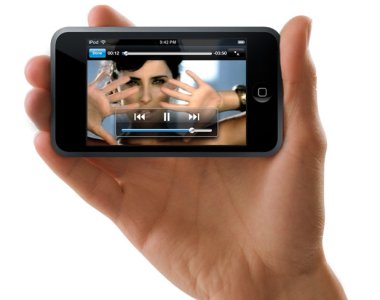 Now who is saying the Mac is dead 😉 ?

mozPod 0.2a1 is available. It’s alpha because it hasn’t been as well tested as of yet. I wanted to get it out before Thunderbird 2.0 ships, and I’ve been getting a fair number of requests for it lately.

I’ve released MozPod 0.2a1 as an interim release for Thunderbird 2.0 users who want to use mozPod and see some new features. I decided to not support mozPod 0.1 on Thunderbird 2.0 to keep things easier to manage.

This is an alpha release and likely has some bugs. I wanted to get it out for those who want to start testing. This would be an ideal time as people want to move to Thunderbird 2.0.

Here’s the changes that matter:

As usual, if you like it and want to encourage me to spend a little more time on it, feel free to do so. I do request some feedback. Let me know how it works for you.

I’ve got more extension goodness on the way. I’m planning to get to a real mozPod 0.2 release in the next few weeks. There may be a new extension on the way as well…

It’s MacWorld tomorrow. I’ll be watching the net closely to see what the almighty Steve announces. I’ve got the following predictions:

So there are my predictions. I do believe it will be a very busy MacWorld with more announcements than usual. I expect volume to be one of the more notable things. A lot of things on all fronts. Not so much of a war on Microsoft, but a big grab at the “digital lifestyle”.

Lets see how I pan out this year.

I started working to implement support for Lighting (project to integrate Calendar into Thunderbird) to sync with Apple iPods via mozPod. Didn’t take to long before I had a successful sync. It’s not done yet, and likely some big evil bugs (read: including but not limited to loss of data or first born child), but it’s well on the way!

That’s right, we now have the ability to sync contacts and calendar to the iPod on Mac/Windows (Linux still on the todo list, though it’s mostly there). It will require Thunderbird 1.5 or later. No release date just yet.