Looks like Apple is now shipping the Lightning to Micro USB Adapter. Very cool since micro USB is pretty much the standard for mobile devices.

It seems like overseas manufactures are making good progress cloning the chip’s functionality. I give it a few more months before the flood of 3rd party cables that are of equal quality to what Apple is selling. That’s when you should stock up.

Back on announcement day for the iPhone 5, I said it would be difficult to impossible for 3rd parties to make Lighting cables because it was likely an active cable. Sadly I was right. From AppleInsider:

Peter from Double Helix Cables took apart the Lightning connector and found inside what appear to be authentication chips. He found a chip located between the V+ contact of the USB and the power pin on the new Lightning plug.

That’s pin 1, the far right pin of a Type A, the far left side of a mini/micro, and the top left of a Type B USB plug. That provides 5V DC. Depending on the nature of how the chip works it could be difficult for cables to provide even power, much less transfer data to the device. Pin 1 and 4 provide power/ground, 2,3 are data.

The big upside here is the market is huge for the first cheap silicon that can emulate this chip at least enough for power, preferably data. Assuming that happens we’ll see a plethora of 3rd party cables. Until then, we’ll see nothing. Of course that could be a huge lawsuit right there. 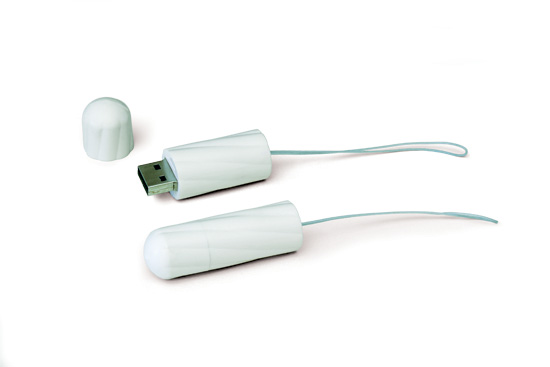 It was inevitable this would eventually happen. Ford is “test driving” (pun intended) letting users upgrade the firmware of their entertainment systems via USB drives. Given these are just software driven devices not that different from a mobile phone, it’s obvious this would eventually happen. Overall it’s a good thing since bugs in increasingly complicated systems can be fixed after the car is bought without getting it serviced.

However it does create some complexities. As systems become more integrated and more computerized, you must wonder. Will it eventually be possible to brick your car? Or even worse. Will it be reduced to a cell phone with a 2 year upgrade cycle?

Beyond the screwdriver, knife, scissors, everyone has one or two things in their toolbox that keeps saving the day, or at least greatly simplifying things. Mine lately has been one of these SATA/IDE to USB cables [NewEgg, Amazon].

Perfect for quickly moving data between hard drives/computers. No need to open/close enclosures which aren’t meant to be opened 100 times. No need to open up your computer, or keep a HD dock on your desk. Just plug in and go. Only the most power-hungry (mostly older IDE) drives are occasionally problematic.

They seem to almost all be based on the JMicron JM20337 chip so the only difference between brands is likely the bundled power supply and quality of plastic. My advice is get whatever is on sale.

For those of us who deal with hardware fairly often, these things are pretty awesome, and totally underrated. It saves a lot of time/effort.

I’ve always been pretty compulsive about the hardware I buy. Several times I’ve documented it on this blog, most recently keyboards, in the past flash drives.

I’m now revisiting flash drives as my current one, a SanDisk Cruzer Titanium is 4+ years old and tiny by today’s standards (2GB). It’s also not exactly speedy. Here’s why I choose the one I did back in 2006:

Now my needs are generally unchanged. Keep in mind I keep my main flash drive in my backpack which I carry with me most of the time. Last year my travel had me doing 40,916.4 miles. Cheap plastic is out of the question. Same goes for a cap. I use it virtually every day so memory quality is important too.

So my requirements are roughly:

SanDisk at least until recently still sells the Cruzer Titanium though it’s no longer using Liquidmetal, and overall is cheaper in quality based on all the reviews I’ve seen. Presumably since Apple now has exclusive rights to Liquidmetal in electronics, it was discontinued. Availability is also limited as well making this not a viable upgrade.

IronKey is way to expensive for what it is, but I like the rugged hardware with the exception of having a cap. Seriously, why aren’t they all retractable? Lexar has the JumpDrive SAFE lineup but it’s got pretty much the same problems. I don’t need the security stuff from either, so it’s not worth it.

Corsair has the affordable Voyager series, but “rugged” to me means more than a rubberized coating on a plastic drive. They also have a Survivor series but that doesn’t really work for me either due to it being fat and somewhat heavy which puts stress on USB ports. That’s also a pain to carry. Being water resistant to 200M is nice, but for practical purposes not really necessary. On the plus side, it’s rather affordable.

So far the leader is the Corsair Survivor. I can’t believe I’m the only one who requires a more rugged flash drive than the typical $5 plastic toys commonly found. I don’t want to be replacing it every few weeks, and want to rely on it. Anyone else in this group? Suggestions?

After my recent adventures in the world of USB power I found this article on Apple USB device charging especially interesting. It’s a shame Apple is always playing a cat-and-mouse game with hardware design.

I mentioned back in September 2007 that cell phone manufacturers were looking to replace their varied connectors with Micro USB meaning most cell phones would use the same chargers and accessories. MacRumors points to a Reuters report that Apple has also agreed to go Micro USB in Europe, which presumably means the US as well.

I personally doubt Apple will just ditch the 30 pin dock connector in favor of Micro USB. I suspect Apple will either bundle a Dock to Micro USB adapter instead or add a Micro USB port next to the Dock connector. Among the many reasons:

Since the dock connector is really “USB+ Firewire + Audio + Video + Other”, a USB adapter is obviously cheap and easy to produce (they already ship a USB cable with all products). Hence I suspect there will be either a Micro USB adapter, or Apple will add the port to the bottom of the iPod/iPhone since Micro USB is very small.

There is still an advantage to having Micro USB. For one charging will become more universal across cellphones. This means car manufacturers, and even airplanes can offer Micro USB to let people charge phones easily via a single ubiquitous low powered interface.

It’s also more environmentally friendly since you’ll be able to buy your own separate higher quality power adapter. No more cheap bundled power bricks known for their phantom loads. Or just charge off your computer. You’ll also be able to use the same charger and accessories with more phones.

I’ve seen this in several sites over the past few days. Apparently Denon decided to put out a $500 Ethernet Cable (AK-DL1). Free shipping via Amazon. I’ll give you few minutes to laugh.

Hopefully your now under control. As pointed out in various places like Slashdot and all the links in the paragraph above, the only thing possibly unique to this cable is a thin piece of foil. Considering it’s use, that likely has no material difference. Someone will still purchase it despite a variety of cables that are almost unquestionably of equal or greater quality and cost less than 1% of that one.

I’m convinced cabling is the biggest scam in the electronics industry today. It amazes me that the “pros” use $5-$25 generic cables while the novices spend hundreds on gold plated, shielded, USB, speaker, ethernet cables. For some reason USB seem to be the most abused (though never to the $500 level). HDMI is expensive to begin with, so while it’s still abused, percentage wise it doesn’t seem to be to the same degree. Not exactly sure why, but even SCSI was never subjected to this level of price variation.

This reminds me of the coat hanger cable experiment a little while back (among others). A modern classic.

It’s a sad state of affairs that you can’t just walk into a store and by a reasonably priced good quality cable these days.

A few months ago I ordered a USB cable where shipping cost more than the product. Still cheaper than going to the store. I should add that cable works perfectly. It’s actually better than anything I could get at a store since it didn’t come in one of those plastic packages that cut you when you open it (which should be outlawed by the way). Just a sealed plastic bag with a sticker on it.

USB, HDMI, speaker cables might be overpriced, but it’s nothing compared to the $500 Ethernet cable.