Posting suddenly got very sporadic since I’ve been so busy. Going to work on getting it back to normal real soon.

I’m about half way through my new challenge of a blog post a day for a year. As I stated when I began, I’ll be going slightly beyond a year, thus making this somewhat close to the halfway point. So far I’ve managed to average 1 post a day. I’ve done some experimentation in style, timing, length. Some variations were unintentional just due to what I felt like doing.

Generally speaking blog posts prepared a day is a better workflow for me, but I find it hard to keep up the habit. Perhaps that should be my first focus.

Overall I’m pretty satisfied, but I do think I’m going to try and mix things up a bit more. Onward!

This blog is now up and running on a newer faster server. I’ve spent a fair amount of time over the past week moving sites and syncing databases as I transition things over. Still some loose ends, but I’m mostly there.

Back to regular blogging tomorrow.

My blog is my single greatest investment on the Internet. I’ve been at this now for about 9 years. It’s how many people in the industry know me, and it’s one of the most prominent pieces of my online identity.

365 days is a long time to do the same thing. It’s also a great length to push yourself to do something better. I learned a lot by forcing myself to publish 365 photos. Besides for a few photography tricks, I’ve also learned to notice the more curious things I encounter on a daily basis. I’ve also learned that it’s not just about the medium but the subject. Some of the worst photos from a photography standpoint end up being the most commented on because of the subject. While I won’t be taking photos as much, I suspect I’ll continue to do so more often as a result of the past year’s challenge.

Some have said for years the age of blogging is dead. I strongly disagree. It’s just evolved. You can only do so much in 140 characters. A blog is the only self publishing medium which is truly without constraints other than technical abilities. Only when restraints are removed can you truly be free.

I’ve been ramping up for a few weeks now to prepare for this. This blog has received an overhaul to ensure it’s ready for this project. I’ve improved readability with larger easier to read typography. You can now authenticate your comments via Twitter or Facebook. Lots of cosmetic changes and other little toys that will become more visible as time goes on. There are still some pretty glaring bugs. I’ll be getting to those as soon as I can.

New posts will be shared by Twitter and an experimental Facebook Page (we’ll see how that goes). There’s always the RSS feed.

This blog has been quiet for a longer period than normal while I’m working on some interesting projects of various scopes. More to be revealed eventually. I don’t anticipate this silence lasting too much longer.

Looking at my calendar (which includes things like domain renewals) I noticed that I’ve owned this domain for a decade.

I wonder what will be nostalgic in September 2019.

A bunch of folks on Planet Mozilla are running Wordle on their blogs. I can’t resist. My apologies to all who hate these memes. I’m doing a little bit of a twist though. The first is my blog, the 2nd is only the Mozilla related posts so that this is a bit more relevant to PMO. 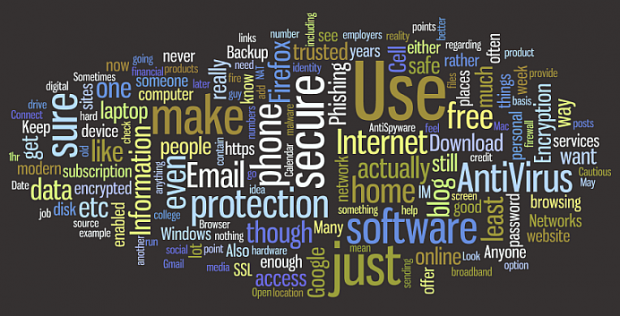 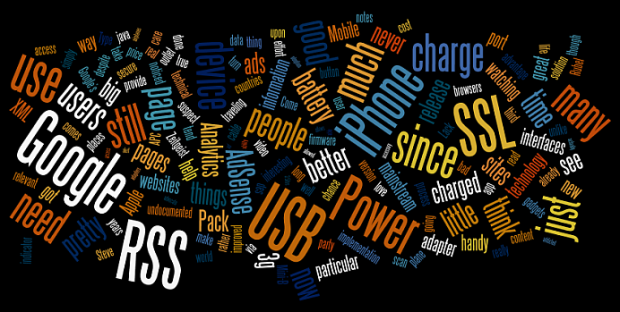 I’ve always had a little fascination with this stuff. I’ve had tag clouds on my blog archives page for years now. It’s an interesting way to look at text. It gives you a good feel for the content of a large body of text in just a quick glance. Often better than any summary could.

Places, perhaps using the spell checking dictionary to pull words out of url’s for example. For obvious reasons the page title is easier. It would be interesting to be able to view your browsing history like this. I think it should take into account the number of times a word is found as well as the number of times you visit a page with a given word. The number of times a word is found should have a slightly higher weight. It could be implemented by using <canvas/> as Benjamin Smedberg demonstrated in a similar exercise. The complexity here would likely be processing time. Anyone interested?

A few days ago I mentioned I was having some DNS issues. I’m pretty sure they are resolved as the last few days I haven’t seen anything odd.

It seems the primary nameserver did not bump the SOA when it updated. As a result one of the other DNS servers was out of sync. Why only one? I doubt I’ll ever discover why.

Anyway, it seems to be fixed. If anyone notices an issue, let me know.

There’s some DNS funny business going on with this blog the past several days. I’m still trying to figure out exactly where the problem is. DNS has always been one of my least favorite things to deal with.

This server will be moving to a new data center tonight (Tuesday sometime between 1 – 7 AM EST). If your feed reader reports that I’m down… that’s why.