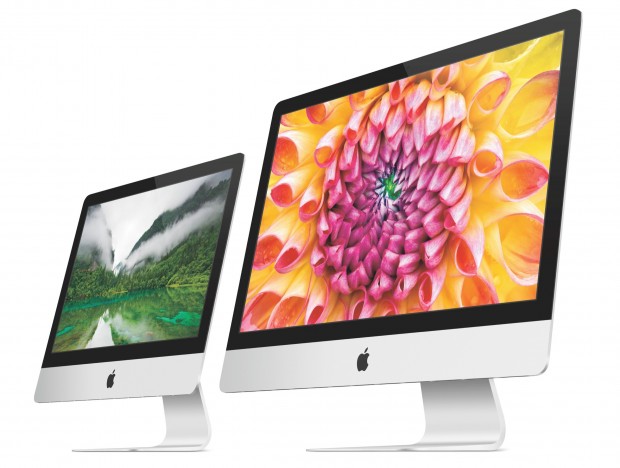 It’s becoming clear to me that despite Apple having a huge chunk of the mobile web, it still treats the web as a second class citizen on iOS and Mac OS X. My latest battle is adaptive images, in particular for use in High DPI devices (“Retina” on the Mac). High DPI displays are awesome. I own an iPad 3, and it’s one of the greatest displays I’ve ever looked at. What I don’t get is why Apple is making it so difficult to take advantage of as a developer.

Currently, there’s no easy way to switch image resolutions based on the display being used. The basis of that isn’t Apple’s fault. Nobody thought of the problem when HTML was first created. All of the methods have ugly tradeoffs. They are hacks. Even Apple.com doesn’t have a great solution. They were doing image replacement (easier to read version here). Apple does however have a solution called image-set which looks like it will be in iOS 6 and Mac OS X 10.8.

That’s several months later. The iPad 3 was announced March 7, which was only about 2 weeks after the initial proposal. Why wasn’t a solution for web authors included when the iPad 3 shipped? It seems silly that there’s no API to properly interface with one of the most touted features of the new device. Of course there’s a way to take advantage of that brilliant display if you build a native app.

You could argue that Apple didn’t want to rush implementing something proprietary without discussing it with the community at large, but Apple has said in the past:

tantek (Mozilla): I think if you’re working on open standards, you should propose your features before you implement them and discuss that here.
smfr (Apple): We can’t do that.
sylvaing (Microsoft): We can’t do that either.

So Apple is pretty candid about reserving the right to implement features without discussion, yet nothing happened. It’s not that such a discussion would have been a “leak”. The iPhone 4’s display would be adequate justification for the feature. In fact it’s mentioned in the first sentence of that proposal in www-style by Edward O’Connor. So not disclosing the new product doesn’t seem to be the reason either. Apple could have done this a year ago without anyone being any wiser about the iPad 3’s display.

I can’t be the only one who’s scratching his head over this. Why didn’t the iPad 3 ship with a browser capable of providing an efficient way to switch images? The cynic in me would say “to encourage native app development”, but then why bother now?

The upside is Apple products have high OS adoption rates. All those retina iPad 3’s will be running iOS 6 relatively quickly. If it were a popular Android device I’d be much more concerned because we’d be dealing with 2 years of devices on a stale OS with no support. This is why we need more competition in mobile. We need web solutions to be a priority, not an afterthought.

As far as I’m aware image-set is also prefixed, but that’s another rant.

END_OF_DOCUMENT_TOKEN_TO_BE_REPLACED

Dustin Sklavos at AnandTech pinpointed my feelings in regard to crappy displays:

Each time I write about a notebook with a crappy display, more and more people get irate in comments, and many of you simply write off the review. The unfortunate fact of the matter is that hardware like this is still what’s prevalent in the marketplace, and that Joe Consumer either doesn’t seem to care that much about screen quality or just doesn’t know to ask for better. That tide may change with the rise of tablets, but there are people who see text on a high resolution screen, see that it’s “too small,” and just assume the screen quality is poor. So this problem persists.

I don’t understand how people can stand poor quality screen as this point. I may be a little extreme in my nitpicking, I think the glossy MacBook Pro displays are borderline unusable due to glare and over-saturation. But I think we can all agree that the typical lower end PC laptop is trash. For what it’s worth I’m staring into a Dell display that I really like right now, so this isn’t PC-bashing.

The iPad’s retina display is stunning. It’s the best display I’ve ever seen other than my iPhone. I can’t wait until that’s eventually available in a larger desktop size, and at a price we can all afford.

There has been some ongoing debate the past few days about if Apple’s new Retina display is really better than the human eye can detect. Some have even gone as far as calling it false marketing.

Phil Plait, whose background includes calibrating a camera on board Hubble wrote a really great blog post that sides with Apple. I’ve been a fan of Phil’s blog for some time and remember when our websites were hosted by the same provider many years ago. It’s not too math heavy, and as always he does a great job explaining everything. Totally worth reading.

Essentially if you had absolutely perfect eyesight, which almost nobody has, you’d still see pixels, but again virtually nobody does. People will still make silly claims, but remember there are audiophiles who claim they can hear subtle differences that $10,000 worth of scientific equipment can’t detect. Despite humans having worse hearing than a dog, who can’t hear what the equipment can pick up not to mention them being older. So I’d take those claims with a grain of salt.