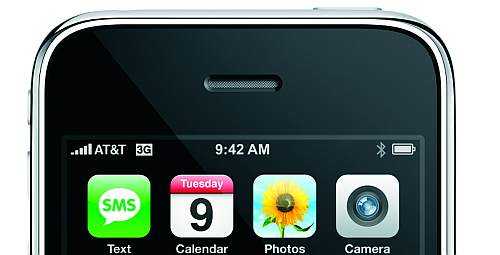 I decided to take another look at me.com, the eve before we all expect a launch at WWDC2008. It’s still using marksmonitor.com for DNS.

The www CNAME record is already pointing to Akamai (which Apple uses quite a bit). There is currently no A record for me.com (The me.com A record can’t point to Akamai since their service is delivered via a CNAME).

No mx records yet

There’s still no mx records yet. This is interesting since it’s already pointing at Akamai’s EdgeSuite, yet it doesn’t have mx records. Why only halfway setup DNS?

There is no DNS info to be found for mobileme.com. This makes me think that Apple may not intend to launch this product tomorrow. Perhaps they just don’t want it to land in the hands of squatters? Backup domain (in case they couldn’t have me.com)?

The TTL for mac.com is set to 1880 (30 minutes). That was originally very surprising until I noticed the serial was May 16 2008. I suspect Apple always keeps it low so that they can make changes on the fly (given their past email problems, makes sense).

There’s nothing very damning here. If anything I’d conclude mobileme.com is possibly/likely not a product, just trying to keep the squatters at bay. I think more may be revealed early tomorrow morning as Apple starts to prep for launch. Unless the security team at Apple decides to wait until post-announcement to start up the site. I guess we’ll see soon enough.

And the a tradition continues. Here’s my predictions for WWDC 2008. Steve Jobs will announce the following:

Well duh. At this point if it’s not at least announced, Apple’s stock is going to tank. There’s a ton of stuff to back this up including AT&T telling employees not to take vacation in the near future. And mystery shipments of presumed iPhones. I’ve got a good idea what the technical specs will likely be.

AT&T will likely subsidy the new iPhone when purchased with a 2 year contract to help lower the price and encourage more people to buy it. This is looking even more likely as the economy declines and potential buyers may now be more hesitant.

.mac to become me.com and mobileme.com

.mac will finally die and be replaced with me.com and mobileme.com. I suspect mobileme.com will be free for iPhone users. me.com may be paid if Apple does it in-house, or free if they contract the functionality out to someone like Google (which is likely).

I don’t think we’ll see it until at least late 2009, more likely early 2010, and I doubt Steve will suggest any faster of a timeline. Remember after 10.3 the plan was slower OS releases. I suspect it will stay that way. I don’t think Apple likes the idea of two Mac OS X branches, the mobile and desktop one. I suspect 10.6 will be an effort to “unify” the platform at least from a marketing perspective. Starting from WWDC 2008 onwards I suspect a “Mac OS X powered phone” will be more common branding. Again Apple’s goal is to sell computers. Using the iPhone as a method to sell the desktop experience is pretty obvious. But what does that mean for the OS? Likely a lot of focus on things like Sync, the future of tech (64bit, multi-core, intel) and blurring the distinction between phone and computer. I don’t think we’ll see much more than a little eye candy and some buzz words considering we’re not far from Leopards release. Just enough to get the press talking about it.

I don’t think Apple plans any desktop/laptop announcements just yet, I suspect they will hold off until August as tradition. At that point pretty much all of Apple’s computer lines are due for a major overhaul. I suspect the MacBook Pro may be the first to experience a major design change. Apple desperately needs a mid-range tower to build more market share as the Mac mini is under powered and the Mac Pro is very expensive. If anything is announced I suspect it will be just that.

No idea who the special guests will be. If the new iPhone is based on Atom, I suspect an Intel Exec. Other than that, really don’t know. Likely an iPhone developer or two will make an appearance during the iPhone Apps part. No clue on musical guest.

So there you have it. We’ll see Monday what I got right.

A few days ago, various websites noted a change in the recently released Mac OS X 10.5.3 that Apple replaced hard coded references of .mac with a variable, as if they plan to change the name at some point in the near future (WWDC 2008 is just around the corner).

Now it appears Apple owns me.com and mobileme.com. The SOA records confirm me.com, though not mobileme.com is owned by Apple. The timing and name strongly suggest the same owner. MarkMonitor.com manages domains for most of the large tech companies including Apple, so that’s to be expected. Remember Apple owned iPhone.org for ages before actually launching the iPhone, so it’s not impossible that this is just a strategic purchase and has nothing to do with a WWDC 2008 announcement.

Considering the tight relationship between Google and Apple thanks at least in part to a certain someone, one must wonder if .mac will be replaced by a Google powered service. Google already offers pretty much the entire product line. It might make sense for Apple to just outsource the .mac operation to Google. Apple initially planned for .mac to be partially free (and it was initially), but costs forced it to be a paid only service. Letting Google power it, would undoubtedly be cheaper since Google has an ability to scale is unrivaled.

I’ve got to put together a better list of predictions before WWDC 2008 (as tradition requires). But this is likely one of them.