I think this is a pretty amusing tidbit. A few weeks ago I noticed a MySQL database taking a little more CPU than expected. Nothing dramatic. This is a small VM on a host running several and as the graph shows it doesn’t even break 25% capacity.

After about an hour I was able to reduce the CPU consumption considerably by updating, making sure indexes were optimal etc. etc. Nothing incredibly dramatic. Hardly a herculean task.

Now a week later I can clearly see the power consumption dropped a little bit on this particular host as a result of my optimization work.

Just goes to show, even if you run stuff in house and have extra computational power handy, it can add up.

From the giant itself:

Beginning in fiscal year 2013 (which starts this July 1), Microsoft will be carbon neutral across all our direct operations including data centers, software development labs, air travel, and office buildings. We recognize that we are not the first company to commit to carbon neutrality, but we are hopeful that our decision will encourage other companies large and small to look at what they can do to address this important issue.

This is actually rather impressive as Microsoft is a rather large company with a large data center operation. Back in 2009 they were looking at hitting 300k servers. Now with Windows Azure and a larger cloud presence, presumably that’s climbed quite a bit.

I’m sure it’s not purely a good dead, Microsoft notes in their blog post:

Google has tried a power meter and failed. Microsoft is dogfooding it’s effort and is seemingly doing well. I could see Microsoft expanding beyond the PC in a larger effort than in the past with solutions for businesses and perhaps eventually homes. I suspect that’s what Microsoft is really doing here. Forcing themselves to to be ahead of the curve.

It’s hardly a secret that there is a serious demand for saving power in data centers. In a recent Times Magazine article:

Data centers worldwide now consume more energy annually than Sweden. And the amount of energy required is growing, says Jonathan Koomey, a scientist at Lawrence Berkeley National Laboratory. From 2000 to 2005, the aggregate electricity use by data centers doubled. The cloud, he calculates, consumes 1 to 2 percent of the world’s electricity.

To put that in a little more perspective, the 2009 census for Sweden puts the population at 9,263,872. Sweden’s population is just slightly higher than New York City (8,274,527 in 2007) or the state of New Jersey (8,682,661 estimate in 2008). Granted Sweden’s population density is 20.6/km2 compared to New York City’s 10,482/km2 or New Jersey’s 438/km2. Population density is important since that says a lot about energy consumption. Dense populations require less energy thanks to communal resources. I still suspect the average Swede uses less electricity than the average American anyway. All these numbers were pulled from Wikipedia.

The US Department of Energy does have data on power consumption and capacity as well as forecasts on consumption and production. The obvious downside in the data is the reliance on coal, oil and gas which have environmental impacts as well as political impacts and costs (we know about the instabilities of the oil market). This is why companies with lots of servers like Google are looking very carefully at power generation alternatives such as hydroelectric and solar.

We all benefit from data center efficiency. Lower cost computing is a big advantage to startups and encourages more innovation by removing price barriers. It’s also an advantage to the general public since the technology and tricks learned eventually trickle down to consumers. We already are seeing more efficient power supplies, some even beating the original 80 PLUS certification.

Perhaps if we started tracking “performance per watt” in addition to “watts per square foot” we’d be looking at things from a more sustainable perspective.

Data center capacity and consumption is pretty interesting when you look at all the variables involved. Growth, power costs, facility size, technology available, even foreign politics play a role in what it costs to operate. 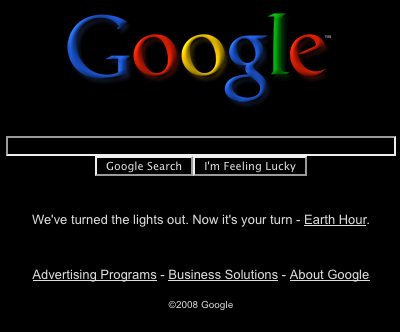