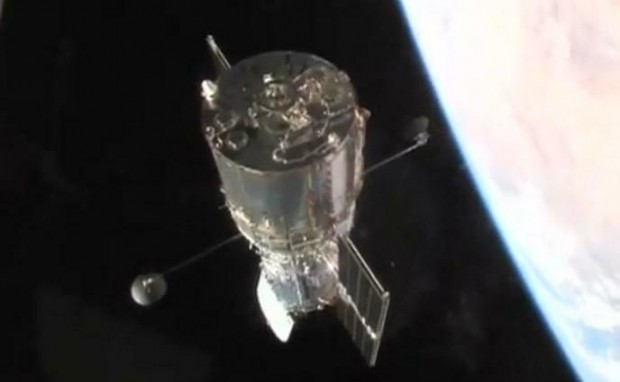 This video is the actual release of Hubble as well as the shuttle backing away from the Hubble telescope. It is best watched in HQ and Full Screen. It’s slightly shaky at times and a little long, but it’s got some great shots of Hubble up close. The Big Picture Blog also has a great set of pictures from the mission.

Humans likely will never again approach Hubble. At some point in the future a robotic mission will likely attach to the newly installed Soft Capture Mechanism and safely de-orbit Hubble guiding it into the Pacific away from any humans. That’s not likely until at least 2014, hopefully longer. Hubble has already outlived it’s original life expectancy thanks to previous shuttle visits. With the latest servicing hopefully there are still some great years ahead.