I was reading Austin Mayer’s blog post on shuttle orbiter re-entry when this piece struck me:

After de-orbit burn, the shuttle heads for the atmosphere at 400,000 feet, 17,000 miles per hour, and 5,300 miles away from Edwards. (Yes, you are landing in the Mojave desert and you are starting your landing approach West of Hawaii). Not a bad pattern entry, huh? In reality, the autopilot flies the the entire 30-minute re-entry, and the astronauts do not take over the controls of the shuttle until the final 2 minutes of the glide. The astronauts COULD fly the entire re-entry by hand, but it is officially discouraged by NASA. The reason is obvious… these speeds and altitudes are way outside of normal human conception, so our ability to “hand-fly” these approaches is next to nil.

In the history of Shuttle missions (the 100th mission has just come to a close as I write this), the real space shuttle has been hand-flown for the entire re-entry only ONCE, by an ex-marine pilot, as I understand it, who was ready for the ultimate risk and challenge.

A few minutes of research suggests this was Joe Engle a retired U.S. Air Force Major General and a former NASA astronaut. The Wikipedia entry credits him as “the only astronaut to have manually flown the shuttle through reentry and landing”. It should be noted however that he flew Shuttle Enterprise, and from 25,000 feet to landing. He didn’t re-enter the atmosphere from space. That however doesn’t diminish the task. He flew what was likely the worlds heaviest and untested glider successfully by hand. An absolutely insane task, and succeeded! 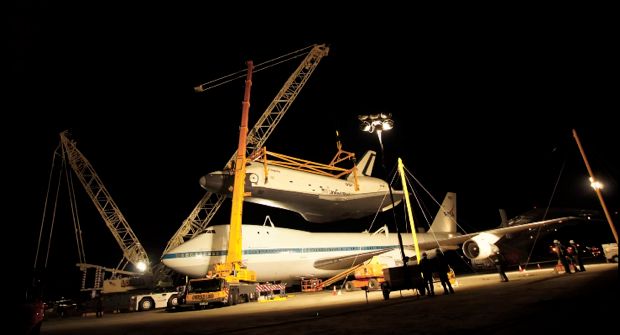 About two weeks ago I got to see Shuttle Enterprise Arrive in NYC. NASA Television has now posted some video of the Shuttle being unmated from the 747 Shuttle Carrier Aircraft. Unlike most of the times we’ve seen this process it was done by crane. 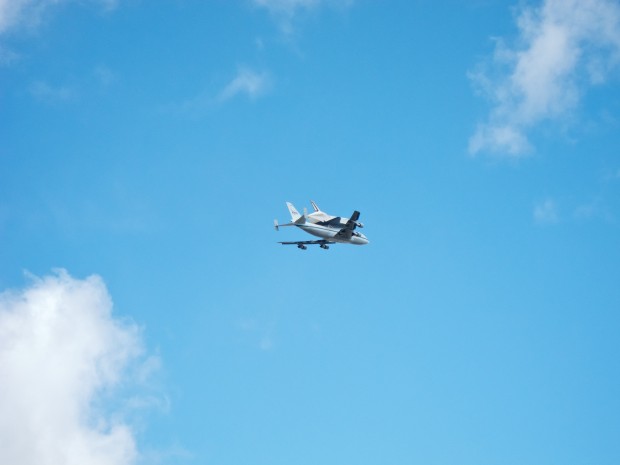 I got to walk down to the Hudson this morning and watch Shuttle Enterprise arrive in NYC. It was an amazing site to behold. It was cold, and the pier was pretty busy, but I think everyone had a great time regardless.