Apparently everything old is new again. NASA is looking at the possibility of once again using the F-1 rocket engine that got the Apollo missions (via the enormous Saturn V) off the ground. It doesn’t say if NASA is interested in the F-1, or the F-1A (which was developed post Apollo). Just goes to show that just because something is old, doesn’t mean it’s irrelevant.

Jeff Bezos and team found the F-1 engines of Apollo 11 a few months ago. Since then NASA has suggested The Smithsonian gets first dibs at an engine (which would still be their property if recovered), but a 2nd if recovered could go to the Museum of Flight. 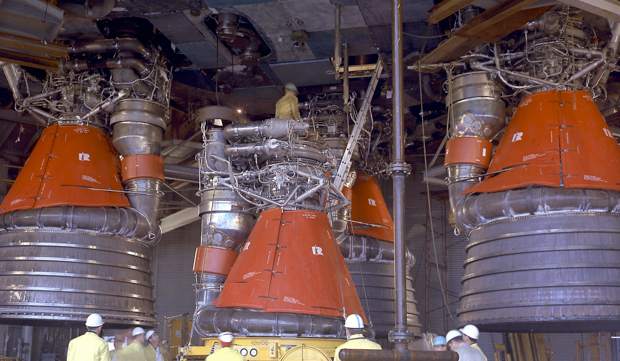 NASA has posted a very cool video showing the status, and some renderings of the Constellation program. The parallels to the Apollo program are obvious and intentional as they are trying to minimize cost and risk by utilizing what was learned a generation ago. In just 3 years they seem to have done a lot of work, though there’s still years to go until the first flight, and a while longer until we’re looking at a return to the moon. That’s of course assuming that the program isn’t canceled or modified by then.

Altair in a sense is a modernized enlarged version of the lunar lander and Orion is in many ways a larger Apollo Command Module.

The Ares V rocket is a real monster of a rocket. It will be able to lift more than even the Saturn V (famous for being the rocket that shot the Apollo missions into space). Interestingly the Saturn V used the J-2 rocket for the second and third stage (the first used the F-1). The Ares V will use the J-2X rocket which is a modernized version for it’s second stage.