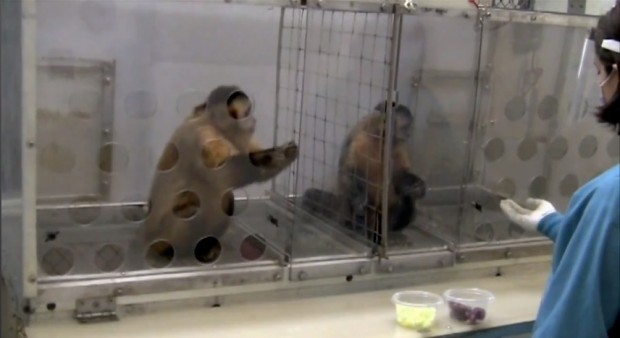 This might be one of the most interesting TEDTalks I’ve seen in a while. It’s pretty clear that these animals are way more aware than you’d think. Their behavior is extremely human like. It’s fascinating to watch.

JournalStar has an interesting article about pricing strategies and the psychology behind them. It’s always interesting to read about. We often view good buys not in terms of what they are, but relative to something else. If you can control what that “something else” is, you have a lot of control over consumers. 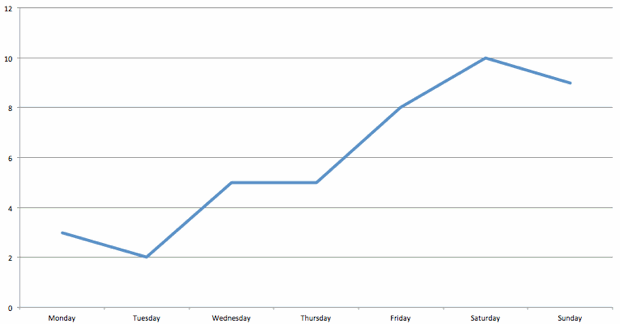 I love silly research results. This one comes via the Mail Online:

Men apparently become nicer, kinder and more caring when there is a beautiful woman nearby.

Is there anyone on this planet who is surprised by this? We’re also more crude when it’s just guys around. Maybe I can get government funding to prove that in a “study”. But wait! It gets better:

Women are more likely to look on the bright side than men, a study has shown.

It found the female memory focuses on pleasant experiences. Men, however, tend to hold on to unpleasant recollections.

I never throw anything out just because it’s “broken” without attempting to fix it. Generally speaking I’m handy enough that I can get things back up and running. Given my family history I had a 50/50 chance of inheriting this trait. I’ve done this from a very young age. It’s clearly something deep inside my psyche.

One odd thing I’ve noticed is that even when I come to the realization something can’t be repaired because of either cost, ability, parts, whatever, I’m still obsessively inclined to reassemble as if I completed a successful repair. Every screw exactly as it was fully assembled from the factory. It’s similar to a mortician dressing up the diseased before burial. I’m not sure if it’s an intellectual challenge (do I recall where everything goes) or just some sort of OCD. I suspect the former slight more than the latter. I can’t recall ever just sweeping something off the table into the trash.

I’m not sure if I’m alone in this, or if it’s common amongst those who repair their own gadgets.

Paul Buchheit has a great post on the infamous “Tiger Mom” article that created all sorts of controversy a few weeks ago. I must say I agree with him largely and always found myself overwhelmingly running on intrinsic motivation. Extrinsic motivation always failed miserably on me. I’d be curious to know what the breakdown is for the population in general and by age, as I suspect it shifts over time. If anyone knows of such research send it my way.

London School of Economics and Political Science research as summarized by the Winnipeg Free Press:

People with higher IQs are more apt to be nocturnal night-owls. Those with lower IQs tend to restrict their activities primarily to daytime.

Of course it’s important to note correlation does not imply causation. That said, lots of genius work does happen between 10 PM and 4 AM. There are countless stories of overnight success and innovation. I can’t recall many stories of 9 AM eureka moments unless they were the conclusion of overnight work.

Women are more attracted to men in red according to recent research: Red, Rank, and Romance in Women Viewing Men [pdf].

…in a series of 7 experiments we demonstrate that women perceive men to be more attractive and sexually desirable when seen on a red background and in red clothing, and we additionally show that status perceptions are responsible for this red effect. The influence of red appears to be specific to women’s romantic attraction to men: Red did not influence men’s perceptions of other men, nor did it influence women’s perceptions of men’s overall likability, agreeableness, or extraversion.

Considering how common it is in the animal kingdom, this shouldn’t be surprising. Even in in modern humans it’s common, for example red lipstick.

Still it’s interesting that something like color can have an impact on a person.

The OkCupid blog has a pretty cool series of posts analyzing all sorts of data that they collect in anonymous ways. This time around they analyzed photos taken and tried to figure out trends behind what makes people attractive. Some of the more interesting things:

In conclusion they say:

It’s actually not that hard. Use a decent camera. Go easy on the flash. Own the foreground. Take your picture in the afternoon. Then visit the nearest Apple store. Done.

Very interesting stuff. It’s a great example of what can be done with a large set of data. I’m guessing somewhere deep within Google and Facebook are a group of people doing even deeper analysis with a much larger set of data.

Here’s an infographic on how to improve you’re odds in Rock Paper Scissors. A year ago I linked to some research on bias in a coin toss (it’s not 50-50 it’s 51-49). At this rate I’ll eventually have an advantage in every game of chance.

Essentially this time around it’s more about psychology than bias in the implementation.