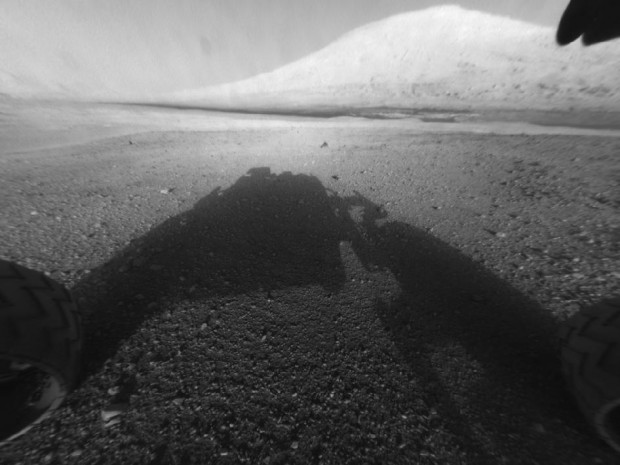 The operating system has also yet to be clarified. The integrated Cell processor will be able to support a variety of operating systems (such as Linux or Apple’s Tiger).

A very interesting proposal. It’s not surprising that they would be supported, especially considering who developed the Cell processor. It would be interesting to see if Apple would create a Mac OS X distribution for the PS3. It would have some potential of increasing the user base, and providing a new avenue to showcase the OS’s features and capabilities while not really infringing on the computer business (people aren’t likely to trade in their PC’s for PS3’s just yet). Apple may have had this in mind for some time, just take a look at technologies such as Inkwell, VoiceOver, and of course Speech (which has really been around for several years). It’s perfect for the PS3.

Apple announced it’s moving from the PowerPC processor over to the Intel platform. Most feel this is a good decision, some have reservations. Regardless Apple left quite a few unanswered questions that really impact how successful this transition will be, and what the ultimate benefit (if any) there is to the end user. I’d like to take a moment and look at a few critical questions:

Will there be 64 bit computing?
Apple with much fanfare introduced the 64 bit G5 processor and everyone talked about how that’s the future of computing. AMD, and Intel have also started producing 64 bit processors. Windows Vista (formerly Longhorn) will ship in both 32 bit and 64 bit flavors as Microsoft believes during it’s lifespan people will start using 64 bit systems. Will Apple even bother adopting 32 bit Intel chips? Or stick with it’s 64 bit strategy? ThinkSecret’s look at the Intel Mac has a nice list of what the processor supports:

What’s not on the list is EM64T. Why wouldn’t Apple ship developers 64bit systems? Intel has been shipping them for a while now. Hyper Threading is available though. It seems strange that Apple hasn’t said anything on it’s 64 bit strategy.

Disk Formats
Apple’s alleged position on the idea of running Windows on a Mac is that they won’t support it, but won’t explicitly block it, though Mac OS X will remain Mac only. But I must question if it would be in Apple’s interests to support Windows a bit more, including re-examining disk format issues. Right now, A Mac can read/write HFS+ (Apple’s disk format), UFS, and FAT32. It can only read NTFS. This is a problem for someone potentially dual booting a system in Mac OS X and Windows. On top of this, the partitioning is also an issue. Apparently Apple’s Boot ROM historically will only will boot off of Apple partitioned drives (such as my disk0 below). Windows will only boot off of FDISK or MBR. So it’s impossible to have a dual boot system using partitions on 1 hard drive. I don’t have a developer Intel-Mac to test this theory on, but I’m rather confident on it.

So what should Apple do?

Apple should encourage this behavior. It allows potential Mac converts to transition much more gracefully, and allows them to see the Mac as a much more valuable product. A few things really need to be done here:

By doing this, the Mac is clearly the better computer. It allows you to use both operating systems fluently. You can create a 10 GB NTFS partition and install Windows XP, then use HFS+ for all your data, and your Mac OS X volume. This would also pave the way for even more top notch Linux support (on the same drive too)

Then Apple’s silver bullet would be a VirtualMachine package, so you can run Windows in parallel with OS X, or multiple instances of OS X, or Linux. This would also aid in the server market. You can run OS X, with it’s infamous stability and excellent interface. But still get to your Windows data and programs if you need. There’s no longer any reason to say No to a Mac.

Hardware Lock in
This is the big question everyone wants to know. Today’s Mac’s are relatively easy to upgrade and repair using stock PC parts. Drives, RAM, most PCI cards (USB, Firewire, most networking cards in particular), etc. There are a few annoyances in Mac hardware today, the first being video cards. Sometimes you can hack the ROM and install Mac ROM and use them. Sometimes you can get a Mac version. Will there be good enough support to allow any AGP or PCI-X graphics card to just work? In theory, using an Intel architecture, the ROM should be the same now, so the issue may just be limited to drivers, so we may get lucky here. Presumably what makes a Mac exclusively a Mac will be it’s motherboard (or a few pieces of silicon and plastic on that motherboard). So anything else should be swappable with PC parts. Will Apple be pushing for more widespread driver support once the Intel Macs start shipping?

So Steve, if you happen to read this, and care to fill us in on Apple’s strategy, I’m sure we would all appreciate it. Apple’s Intel strategy is rather interesting, but it doesn’t quite say if Apple will be bridging the platform gap to allow for smoother transitions between Windows and Mac, or if it’s simply a processor swap.

According to CNet News, Apple will switch to Intel Chips, with an announcement next week. It’s long been rumored that Apple has had constant x86 builds of Mac OS X going since conception. This follows a rumor a few weeks ago.

Think Secret doesn’t believe so, and sees the PPC 970 progressing. Interestingly Microsoft agreed to use it in the Xbox 360, meaning the cost of the chips would likely be lower thanks to the production increase. Not to mention speed bumps on the horizon. Seems like an odd time to jump ship.