Susan Crawford has a very interesting read on the high prices Americans pay for Internet access:

The FCC’s National Broadband Plan of March 2010 suggested that the minimum appropriate speed for every American household by 2020 should be 4 megabits per second for downloads and 1 Mbps for uploads. These speeds are enough, the FCC said, to reliably send and receive email, download Web pages and use simple video conferencing. The commission also said it wanted to ensure that, by 2020, at least 100 million U.S. homes have affordable access to download speeds of at least 100 Mbps and upload speeds of at least 50 Mbps.

Other countries have different goals. The South Korean government announced a plan to install 1 gigabit per second of symmetric fiber data access in every home by 2012. Hong Kong, Japan and the Netherlands are heading in the same direction. Australia plans to get 93 percent of homes and businesses connected to fiber. In Britain, a 300 Mbps fiber-to-the-home service will be offered on a wholesale basis.

That pretty much sums up the argument. Think about the innovation and jobs created by the Internet in the past 15 years. Yahoo, Google, Facebook, Amazon, eBay and the entire ecosystem that supports them from hardware sales to shipping, to energy they purchase. This is all happening despite the efforts to stifle growth. 1-GigE symmetrical to the home would change how the world works. It will redefine the economy. Someone will get there, either Korea South or someone else. The opportunities will be vast. 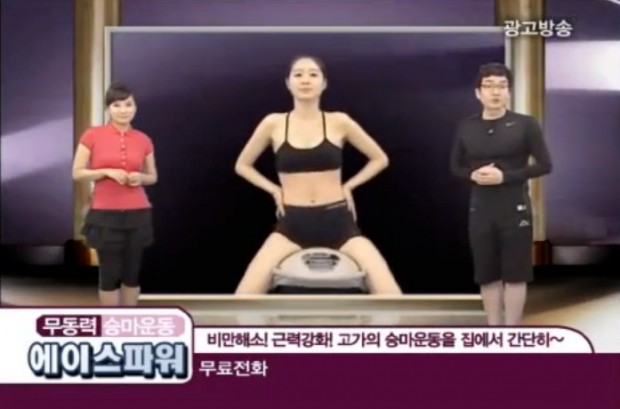 You’ll love this gem from Korea. This might be one of the most ridiculous fitness products since the shake weight.