N. Joseph Woodland, notable for inventing the bar code has died. On how his famous invention came about:

“I poked my four fingers into the sand and for whatever reason — I didn’t know — I pulled my hand toward me and drew four lines. I said: ‘Golly! Now I have four lines, and they could be wide lines and narrow lines instead of dots and dashes.’ ”

He was a former boyscout so he knew Morse code. You gotta love inventions that are thought of like that. It’s a pure eureka moment. Even more impressive is it wasn’t until years later that technology caught up and made his idea practical and prone to widespread adoption. He really was ahead of his time.

It’s a really cool story, well worth a read. 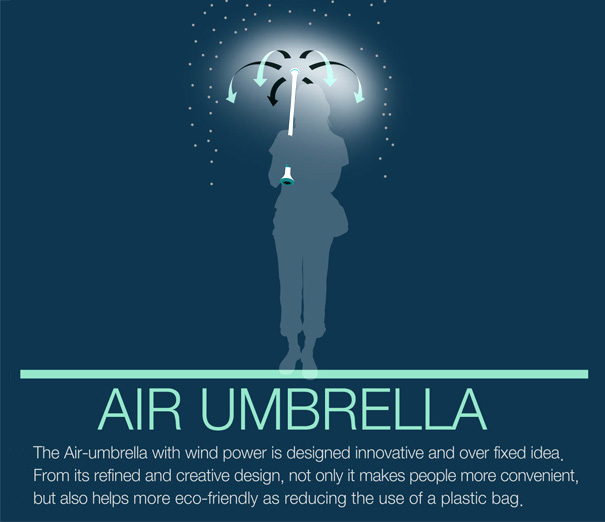 How brilliant is this idea? Using air to create a force field to keep water off of you. Designed by Je Sung Park & Woo Jung Kwon, it’s essentially an invisible umbrella. Nothing to poke people with when walking down a crowded street, nothing to break when it’s windy out. Presumably it will be nearly or completely dry when you get indoors so no need to store away a wet umbrella.