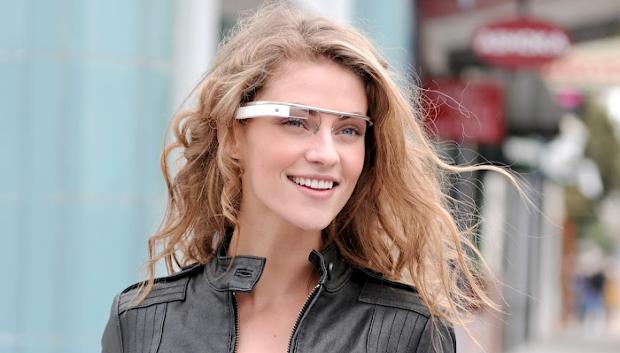 Google Glasses or Google Goggles will likely suffer the same limitation that despite its success hinder the iPad: Bandwidth. Unlike an iPad however which is a great couch surfing device, and very usable offline, the glasses are really best suited for outdoors use where augmented reality and real-time cloud data could make use of such an interface.

People don’t mind adopting strange new UI’s when they work well. The iPhone is a great example of that. A tiny touch screen display works well. Uses had no problem adapting to it. I don’t think glasses are anything different. If it’s intuitive and works well, uses will be fine with that.

Supplying them with data however is another story. WiFi is hardly abundant in most of the US. Much of it is paid, or only available with a cellular data plan for the device. Cellular data service is still very expensive. I don’t think there is any bluetooth profile outside of PAN (tethering) that would work and be acceptable to cellular providers. So piggybacking off of your cell phones data plan is unlikely.

Google could go the Kindle route and make connectivity free with purchase of the device, then largely lock it down to Google services. Since Google uses advertising they would be able to subsidize that expense.

The other issue is power, I wonder if Google is able to cram enough battery into a small enough package to make this all workable.

I’d like to try it. I hope it succeeds. However looking at the big picture there is a fundamental issues. Of course there are privacy issues as well, but that’s another topic.