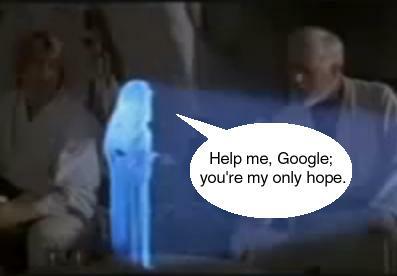 It’s not as crazy as it sounds. I will be the first to say I was unimpressed by Google Wave from a user point of view. I should note Google Wave was pitched as an email alternative, and it’s not great at that job. The technical perspective was pretty impressive. It is however a potentially killer distributed social media network. It will take slight retooling to adjust it for the task, but it is already better suited to compete against Facebook than against email.

It’s actually a pretty good alternative if the UI were better tuned to the task. Allow me to explain:

I won’t go into point after point, but Google Wave can carry out many of the same things that Facebook can. It’s a good way to communicate in an open or closed fashion and each wave can already be granular in terms of privacy. It can be used to share much more than text. It can be used for the purposes of photos or video. It can be extended by third parties utilizing its API. It already has chat support. It’s built on XMPP. It can easily parody Facebook in almost every way already. It can be extended to do what it can’t today. Profiles are the biggest thing it lacks. I suspect that wouldn’t take much to add in. I’m thinking an extendable XMPP vCard from the technical side.

Google Wave is hosted by Google, but it’s also an open protocol and Google’s releasing chunks of their implementation. That means they can partner with other large companies (AOL, Yahoo, Microsoft, Apple etc.) who can federate and let their users all instantly be part of one huge social network. Users already have “friends” via their address books for email. Importing from other sources is easy, just look how Facebook did it. If Google got AOL, Yahoo, or Microsoft to partner join them they would overnight reach a huge chunk of the Internet population via their e-mail users.

For those who are going to try and argue that Facebook users don’t have email addresses, yes they do. It’s a primary method of notifying users of things other than SMS and is required to signup for an account.

This also means you can host yourself, or use the provider of your choice. Your not subject to Facebook deciding your fate, or any one company.

It would be more private

One of the primary gripes against Facebook is its privacy measures are inadequate. Facebook has motives to force people to be more public. There’s little incentive to help you stay private, since the alternatives are slim. With Google Wave being hosted by several providers they will need to give you more control, or you will just move to a provider that will give you the controls you want. Just like with email. By using your own domain to point to a provider you would have portability of your identity. Once again Google Wave by design is more granular than Facebook. It’s based already around the concept of sharing data. What Google Wave really needs is a robust profile implementation with granular permissions and the ability to bucket contacts to make permissions more manageable.

Despite its UI and marketing pitch, it’s a surprisingly close Facebook competitor.

It would be a healthier ecosystem

Like I mentioned before, Google Wave has a fairly decent API already. What is great about it is that providers would be pressured to provide a robust enough API so that the killer apps exist on their platform. Again, no more reliance on a single source. By standardizing at least a subset of the API developers can target multiple providers and implementors. It also means providers will need to allow for more granular controls over privacy settings for third-party apps or once again, people will be switching.

Google wins too – keeps them in the center of the universe

Google likes to be the center of things, especially information. By doing this Google would still be able to organize a users information in meaningful ways for them, which is really what Google Wave’s main goal for Google is. Google has a major win. Anyone a user trusts to index their information can do so. If the user is paranoid, they can keep totally private. If you really want to be private you could run it on your own private server. If you don’t trust Google, you can avoid them but still join the party.

It would be more permanent

Facebook is still not guaranteed to be around in 10 years. Email however is overwhelmingly likely to still be around. Just like newsgroups and IRC still have their place, even if they aren’t as mainstream anymore. Why? Because they are all open standards and not tied to one companies profitability. I can still find and read old newsgroup posts from over 20 years ago. Feel that confident about Twitter? Facebook? foursquare? How much time do you invest in them?

diaspora is a clever effort and a noble one getting a lot of press today. It really is. But I think it’s to complex for real widespread adoption, especially in the era of easy to use web apps. It’s true that users flocked to P2P apps despite complexity but that’s because of no alternatives with less overhead. I’d give most of these efforts a 5% chance of any real success.