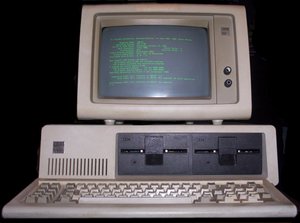 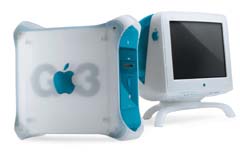 I’ve went on a bit about BitTorrent before. And in part is has happened (regarding Mozilla). We at least have torrents on the homepage!

Now to send a little messages to ISP’s:

BitTorrent could be an ISP’s best friend. Think networking basics for a minute: Staying within the network is faster, and more reliable. If a user subscribes to Comcast, their connection to Comcast’s network is optimal. Theoretically faster than anything else the can access. Also, Comcast doesn’t need outbound bandwidth by peering, or purchasing bandwidth when a user is using internal content (savings).

If an ISP were to embrace something like BitTorrent, it would really be an advantage to ISP’s. When something new is released, such as a Game, Linux Distro, or other large file, people go and download it all at once. To accommodate that takes some bandwidth. There’s no good reason why an ISP can’t handle the bulk of that internally, and provide faster downloads to their users (great marketing), and lower operational costs.

If an ISP were to setup perhaps a cache, simply to provide fast internal downloading through a method like BitTorrent there would be significant benefit to all parties. File hosts save bandwidth, consumers get files quicker, and ISP’s relieve uplink bandwidth, as well as get something new to market.

Even if the cache only mirrored the very popular things, perhaps took the top 10 of the past 24hrs. That would make a significant difference.

I’ve got to admit I like this idea. Comcast has what might be a very good solution.

Based on my conversations last week, Comcast’s network engineers would like to be more aggressive. But the marketing department shot down a ban on port 25 because of its circa $58 million price tag–so high partially because some subscribers would have to be told how to reconfigure their mail programs to point at Comcast’s servers, and each phone call to the help desk costs $9.

Instead, Comcast’s engineers plan to try the innovative approach of identifying the zombie PCs and surreptitiously sending the subscriber’s cable modem a new configuration routine that prevents outbound connections on port 25. Zombie-infected users won’t even notice, the thinking goes, because most people use Comcast’s mail servers for outgoing e-mail. Anyone wrongfully blocked can call and complain.

A few things I found interesting were the $9 help desk calls. As well as the great solution.

Personally, I think the best solution would be to simply shut those users down until they solve the problem. By encouraging people to keep patches on their computer up to date, it will prevent things like viruses and other garbage from wasting bandwidth. That would benefit everyone even more. Simply terminate all outbound access to all but local comcast servers (mail, www). The user gets an email, and forwarded to a page explaining why they lost outbound connectivity. When the issue is rectified, they can re-enable their account by contacting tech support.

The simple prevention of course is if you run windows, to use windows update once a month, and a virus scanner. For those who don’t, they will get a crash course if they want to connect to the network.

I don’t know about anyone else, but I’m sick of viruses clogging my inbox. And we all know they clog bandwidth on the network as well. That’s capacity that should be used for downloading legitimate data.