I mentioned just a few days ago how the lack of affordable high-speed bandwidth is problematic to growth in the United States. China is now making a major push to bring Fiber To The Home (FTTH) to 150M families in the next few years. China has the means and willpower to do it. Imagine if China becomes to information what they have become to manufacturing. The US Needs to figure out its broadband strategy.

Google is reportedly building the Nexus Q in the USA. It’s almost assumed these days that electronics are made in China, with a few notable exceptions in Japan or South Korea. However when you think about it, it makes sense. Consumer technology has come full circle.

Open up some electronics made before 1985. With rare exception, they look almost foreign by todays standards. They are spartan in design. Big circuit boards with a few components, some wires to peripheral lights, motors, whatever the device needs to do it’s thing. It’s almost elementary to figure out how it works. Even fixing it is well within reason.

Now open up a modern device like a modern cell phone. It’s generally a single highly concentrated circuit board with a mess of finely placed parts on and around it. Every year they get smaller and more complicated. Until recently.

A curious thing started to happen. Electronics in an attempt to use less power, become cheaper to manufacture, started simplifying their designs. Kind of. They consolidated many of their parts. For example the complex set of layers in a cell phones screen that separated the backlight from LCD panel from the digitizer were made into one slim component. Multiple chips were combined into a system on chip (SoC). Common things like WiFi a Bluetooth which are almost never exclusive were on one chip. Devices became simpler.

Most of these individual components are manufactured through highly automated means. For example those LCD panels are not made by hand, they are made by machines because a high level of precision is needed. No human etches a CPU or any other chip. Even soldering is increasingly machine driven as most use surface mount techniques like ball grid array which would be nearly impossible to do by hand with anywhere near the accuracy or speed needed.

The result is that these components are made increasingly by machines. These components are assembled increasingly by machines. This changes the equation when it comes to deciding where to manufacturer. The biggest advantage to China was very cheap skilled labor. This is changing. First of all China is starting to become more expensive as affluence builds in China. More notably, the need for labor is able to decrease as designs become more machine centric. While the iPhone is very labor intensive today, but don’t expect it to stay that way. It’s increasingly simplifying it’s design despite pushing the limits. Energy costs and shipping costs are also changing.

Google’s bet is that they’ve simplified the human part of manufacturing to the point where the labor costs are becoming minimal. It’s a reasonable bet. If you look closely at the photos in the NY Times piece, you’ll see lots of humans posing, and a few doing actual tasks related to assembling. Of those assembling, there’s no mention on if they are working on prototypes, or if they are in full scale production (which may involve less humans and more automation).

Factory automation will increasingly bring hardware manufacturing back to the US. But don’t expect to see the jobs of the 1980’s coming back with it. These will be highly automated facilities run by engineers and supervised by increasingly limited staff. They may one day operate like data centers. 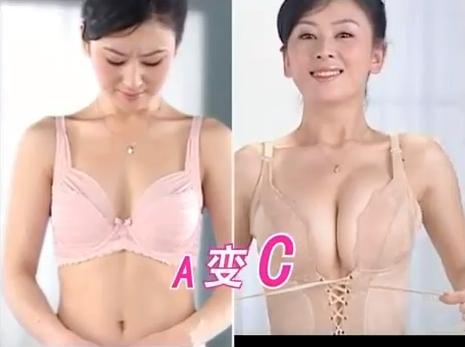 We’ll ignore the whole science (or more correctly the lack of) behind stomach fat being squeezed up into breasts. As if this commercial isn’t silly enough on it’s own it’s got some amazing retro gaming sound bytes for whenever the corset is tightened. By American standards this is just outright silly. In related news Booty Pop is still funny too.

Apple’s logistics and manufacturing is extremely complicated, secretive and critical. The NY Times has a great story on it and how it is a great example of jobs leaving the US:

Apple executives say that going overseas, at this point, is their only option. One former executive described how the company relied upon a Chinese factory to revamp iPhone manufacturing just weeks before the device was due on shelves. Apple had redesigned the iPhone’s screen at the last minute, forcing an assembly line overhaul. New screens began arriving at the plant near midnight.

A foreman immediately roused 8,000 workers inside the company’s dormitories, according to the executive. Each employee was given a biscuit and a cup of tea, guided to a workstation and within half an hour started a 12-hour shift fitting glass screens into beveled frames. Within 96 hours, the plant was producing over 10,000 iPhones a day.

“The speed and flexibility is breathtaking,” the executive said. “There’s no American plant that can match that.”

Google’s announcement about China is rather stunning in many respects from its candidness to the rather bold decision to potentially leave China over “[t]hese attacks and the surveillance they have uncovered–combined with the attempts over the past year to further limit free speech on the web…”.

Some may remember a few years ago that Yahoo! controversially provided information to the Chinese government that resulted in the arrest of Shi Tao and Li Zhi. There’s no evidence this impacted the decision but I would be shocked if it didn’t play any role.

It sounds like within the next few weeks we’ll know if Google and the Chinese government have come to an agreement regarding the censorship of search results. I suspect this is only a tiny part of the full story regarding google.cn.

This is the first time I’ve ever seen a Firefox Add-on used as a way to make a political statement. An Add-on called China Channel will replicate in Firefox what it’s like to be behind the Great Firewall of China. So if you want to see what it’s like not being able to read about Tibet or other content China doesn’t approve of, this is a good chance. It appears to use proxy servers in China to replicate the experience.

Perhaps the next version will let you toggle between China’s Great Firewall and Australia’s Great Firewall’s (currently in development). I should note Iran and Saudi Arabia are also known for extreme censorship on the internet.

China’s Great Firewall has now started blocking RSS, a long known loophole to get information blocked all other ways. An entire syndication standard is now blocked. According to the Ars Technica:

PSB appears to have extended this block to all incoming URLs that begin with “feeds,” “rss,” and “blog,” thus rendering the RSS feeds from many sites—including ones that aren’t blocked in China, such as Ars Technica—useless.

I wonder if a good workaround would be to just use yourdomain.com/d0e862d00be15796f/ or some other randomness. It would be a better way around filtering of just the url. Then the government would need to start sniffing content-type. The problem they would encounter there is that it’s far from standardized when it comes to feeds on the web. As a result they would have to either live with a high error rate. Unless of course the would resort to content sniffing, which has a ton of overhead when your talking about an entire countries internet bandwidth. That would be extremely expensive and either: slow down the internet in China, make it much more expensive, or just shut things down. My guess is a slowdown.

You can also just switch to atom until they catch on and block that too. The article mentions several other tricks including RSS aggregators, ssh tunnels, etc.