Ends up, we are all like a lazy sack of potatoes, at least when it comes to RF. Boeing calls it Project SPUDS or rather Synthetic Personnel Using Dielectric Substitution. Apparently they are good substitute for real human bodies when testing wireless networks on planes. Fill the seats with sacks of potatoes and test away.

Nice to know there’s actually a little truth to that old cliché. 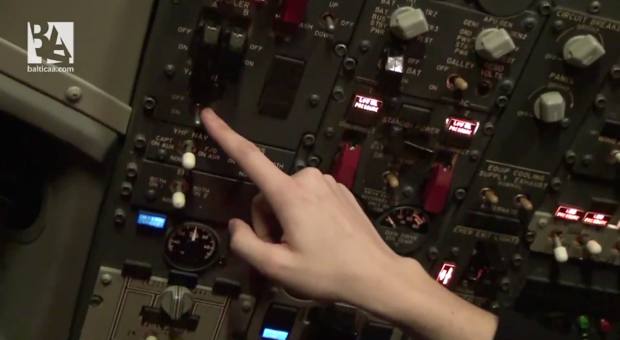 Here’s an interesting video on how to start a Boeing 737-500 (classic). Lots of detail and explanation as they walk through the process. Lots of older tech there, but this is hardly a glass cockpit and aviation tech tends to be older and more tested. I’m a touchscreen snob, and I bet you are too. I bet every human being is. We get upset when things don’t react as expected and we get frustrated when things aren’t instant. Statistically this page loads on average under 2 seconds and it’s likely still too long for you. It’s not just touch screens. For example, 100 ms increase in load time of Amazon.com decreased sales by 1%. We’re an impatient species.

I took the above photo on a 757-200 equipped with touch screens on the back of every seat. I remember the days with only a handful of TV’s, or that big projector thing up front on planes, so I appreciate that a choice of entertainment is an upgrade. Lets take a look at it’s sins as it makes a great example:

I’m virtually certain based on it’s poor performance it’s a resistive touchscreen. Unresponsive, and it requires a lot of pressure which the person in the seat in front of you enjoys for 8 hours. Resistive touchscreens are much more cost effective, though I wonder that difference is splitting hairs on a $65-80 million aircraft given there are only ~200 seats and the displays are relatively small.

There was a time when nobody would notice, but even a Droid v1’s touch screen is more responsive, and that phone is extensively laggy.

Part of this is likely because of the substrate used for resistive touchscreens, but the poor contrast is obviously an issue. Color reproduction is bad, but that’s not a deal killer, it’s a nitpick. Contrast is critical especially on a vehicle where lighting varies from dark to virtually unfiltered sunlight glaring on the display. Contrast controls are minimally helpful here.

I suspect these are units are just terminals, so the performance can sometimes lag. It’s forgivable and likely will not be an issue in future generations. Thanks to the mobile revolution low powered ARM chips can be found everywhere. The need for these things to be dumb to save space and power is drawing to a close.

I’ve yet to figure out why airlines can’t manage to get rid of the noise in the lines. Sure when you use the $0.25 headsets they hand out you can’t tell the difference. But when you use your own higher quality headset you sure can. Given a cheap mp3 player can manage it, I wonder why this is so difficult. Weight?

My second gripe about sound is the volume differences. The movie is set to a comfortable level. If the crew takes over to show a video of your destination or a safety video, it’s uncomfortably loud. If the captain speaks, it’s painful. This is more than a nuisance, this is actually a safety issue.

According to Wired the Boeing 787 Dreamliner connected the networks for passenger services to critical flight systems:

The computer network in the Dreamliner’s passenger compartment, designed to give passengers in-flight internet access, is connected to the plane’s control, navigation and communication systems, an FAA report reveals.

Here’s what a Boeing spokesperson had to say:

…it is employing a combination of solutions that involves some physical separation of the networks, known as “air gaps,” and software firewalls. Gunter also mentioned other technical solutions, which she said are proprietary and didn’t want to discuss in public.

I’m really not so sure I’d feel comfortable knowing that the same network that’s carrying a Rob Schneider movie to the guy in 11F is also carrying packets intended for the horizontal stabilizer.

Maybe I’m just paranoid. After all, I’m not to comfortable with the Airbus A380 apparently running windows in the cockpit.

Hopefully they get it all figured out quickly.