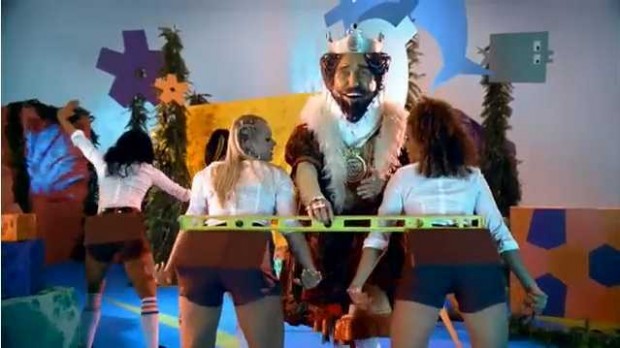 Yes, this is the third Baby Got Back post on this blog. Why? Because I find these parodies of the most bizarre song ever made to be quite amusing. Enjoy. This one is a part of a Burger King promotion (featuring The Burger King himself) and SpongeBob. This is a new level of bizarre.

Google is now promoting Google Chrome on it’s homepage. Just a few days after release. Previously Firefox 2.0 was promoted on the homepage, a privilege normally reserved for Google products. The text link is a bit more subtle though. Maybe that’s because it’s beta and not 2.0. 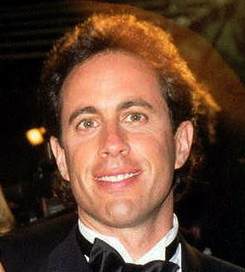 Ran across this quote today which I just had to blog from WordPress.com’s Matt Mullenweg since I found it funny:

“We decided to show ads only on certain pages, only to the people who were sort of random drive-by visitors…if you use Firefox, you’ll never see an ad, no matter what, mostly because I like Firefox.”

Also kinda interesting from a business perspective. There’s been some suggestion over time that Firefox users are prone to ignore ads. Partially because of extensions that block ads (though products to block ads on the OS level, and in IE exist too btw), but partially because they are said to be more technical.

I wonder if a practice like this actually provides a higher click through rate. Because they only show ads in certain places, it’s not about total impressions (they control that by picking where to show ads, and when). They control how many impressions they run in a given period. By targeting those more inclined to click on ads, theoretically your ratio should be higher.

I’ve heard of quite a few different ways to target ads over the years, but this is a new one.

If you search for Firefox using Google you’ll see this ad towards the top:

Look over to the right side and you’ll see this:

I see these every once in a while. Advertisers occasionally think it’s clever to make their ad mimic the OS interface in hopes that novice users get confused and click on it. I’m sure this is (sadly) pretty successful despite being rather deceptive. It becomes comical when these ads show up on a Mac since it looks so out of place as shown in this image.

You can’t really expect a Mac user to fall for this. It looks pretty strange. The best part is how for Operating System, it says “unknown”.

So Google acquires DoubleClick for 3.1 billion dollars. There doesn’t seem to be any word on how this will integrate (or be kept separate) from AdWords/Adsense. I’m interested to know what their plans are.

Between Google Search, Google Analytics (on many websites), AdSense, and now DoubleClick, virtually all websites on the web have some link to Google. Skynet is upon us. Google recently updated their privacy policy. I’m pretty certain that was in preparation for this move, and to avoid some controversy.

If you haven’t been following, you should start. Looks like SpreadFirefox is trying to outdo itself.

For one day only, you can get an ad-free version of Opera. Simply e-mail registerme@opera.com to obtain a registration code. This offer is valid from 12 a.m. Tuesday, August 30 to 12 a.m. Wednesday, August 31 2005 (PDT).

Now is a great time to fire off that email, it’s a great offer for a really good browser. There’s a rumor Mozilla will follow by providing a similar offer for an ad-free browser withing a given time period. It will be something you don’t want to miss.

Ok, Firefox is always ad free. But seriously, give it a go. Opera is a really good browser, especially for low end computers that don’t have much CPU. It’s fast and standards compliant.

Perhaps the next SpreadFirefox campaign for 1.1 should be a TV ad? Run a 30 second spot during a decent timeframe. Just the publicity of the organization is significant press for Firefox, and will help generate some buzz for 1.1. The actual ad itself would be extra.

A CBS Monday night ad for example could prove rather effective. With Two and a Half Men, Everybody Loves Raymond (last season ends pretty soon), CSI Miami are all very well watched shows. Even if were not at the peak (9:00 – 10:00), there’s still a decent viewership during the time period. That would be my #1 choice. It’s not the most watched period, so it won’t be as expensive, but still gets quite a solid fanbase.

Another great period to investigate would be Fox on Sunday. The Simpsons have a large cult following, you can bet that’s got quite a large geek following in there as well. That might be a great group to target. Teens, young adults, etc. That would be another sport to consider. Between 8:00 and 9:00 would work rather well.

Obviously putting all names in it isn’t possible, so a tag “this advertisement is paid for by Spreadfirefox.com members” could be put at the end. Perhaps even a “I’m Firefox, and I approve this message” voiceover could be added (just kidding).