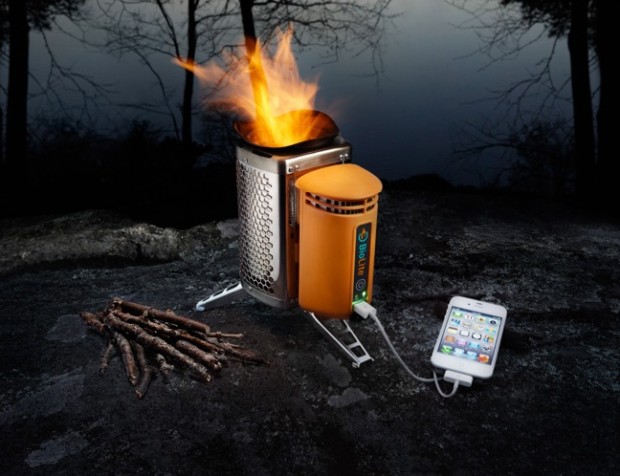 2 replies on “Recharge Your Phone With Fire”

Funny, I was thinking the exact opposite — that if I carried a phone (I do not), this wouldn’t work very well at the higher altitudes of the John Muir Trail, say. 🙂 (Fires are prohibited above 10k feet there — gotta use a backpacking stove. I think the requirement extended to large-open-flame stoves, too, like wood-burning stoves and alcohol-fueled stoves, which probably would rope this in as well.)

I can see this being useful for certain outdoor situations where power is needed but not readily available. But I certainly wouldn’t use it in places where open flames aren’t permitted.

I’m never really in that situation, my power problems tend to happen on trains and planes. Both places where this would be outright wrong to use. 🙂