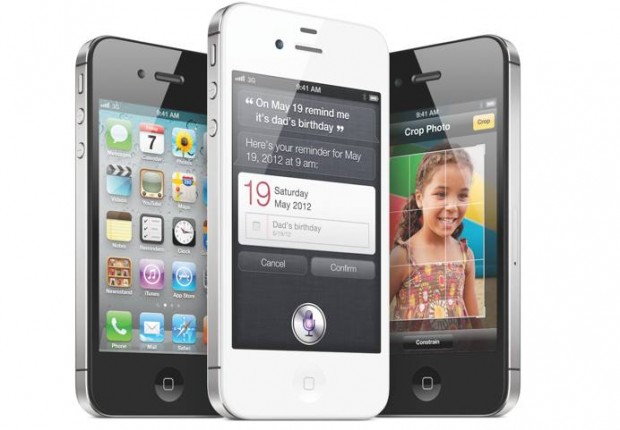 Apple today announced the iPhone 4S. It’s pretty much what I expected to see, however many seem to view it as a disappointment due to anticipation of a mythical “iPhone 5”. I’m sure an iPhone 5 is in development, but I don’t really understand why people expected to see it today. Maybe 1% of Apple rumors, likely much less are actually true. Generally they are an attempt by a blog to generate buzz and publicity. Pay little attention to them. Launching the new phone later isn’t indicative of a “major upgrade”, especially given what we knew:

In my opinion the iPhone 4S met my expectations.

Regarding the iPhone 4S being a “world phone”, this was obvious. The “Verizon iPhone” was a hack. The iPhone 4 for Verizon used a Qualcomm MDM6600 as discovered by iFixit. That chip supports CDMA/EVDO and GSM/UMTS. It however didn’t ship with a SIM slot effectively preventing on the hardware level support for GSM/UMTS. Apparently the antenna was tweaked too making is sub-optimal for GSM/UMTS. Unifying the hardware means Apple can ship just one device and simplify it’s supply/distribution chain. Remember, the majority of Apple sales will still be to GSM/UMTS networks. Only the US is a major CDMA/EVDO market as it’s hard for an iPhone to compete in Japan the other major market.

Not supporting LTE is also obvious. LTE deployment is just starting. LTE chipsets today still use more power. I don’t think anyone is using LTE 100% yet, only data meaning in usage these chips will be doing both LTE and a legacy technology for voice. Given such a small percentage of users would ever even see LTE in the 2 years they have their phone, opting for improved battery life (another new feature) was the ideal choice. I suspect next revision there’s a 75% chance we’ll see LTE. It will happen when power consumption gets down to where Apple wants it. It’s just a matter of time.

The choice of an A5 dual core processor was a giveaway from the iPad. What we still don’t know is if it’s the same speed or underclocked for the iPhone. That will be discovered soon enough.

Camera upgrade is also obvious as another year has went by and cameras have improved. Going to 8MP and 1080P was a given. The iPhone 4’s camera is likely already 1080P capable at least at the sensor level (assumed to be a OmniVision OV5642). However the iPhone 4 likely wasn’t fast enough to handle that data rate hence it was limited to 720P. That’s also why you don’t see RAW support. The sensor itself converts to JPEG.

I’m inclined to think Siri could run on the iPhone 4, though slightly slower if Apple really wanted. That’s pure conjecture however.

It’s worth noting that Apple is now shipping the iPhone 4S as their flagship phone, the iPhone 4, and the iPhone 3GS as their entry level phone. This is an unprecedented (for Apple) 3 revisions in production. This makes me believe the iPhone 3GS will at least get security patches for the next 2, most likely 3 years. I do suspect it will be cut off from future major OS releases before that time, or get a reduced feature set. For Apple this is unique. I don’t think any phone vendor is doing something like this right now. On the Android front phones upgrades are notoriously finicky thanks to different vendors.

It’s also worth nothing that despite the iPhone 4S being a much faster device, it’s unlikely many apps will take advantage of it anywhere in the near future. Most users for quite a while will be on the iPhone 4 and 3GS. Designing for iPhone 4S and iPad 2 performance means you’re cutting off most of your users. With a 2 year upgrade cycle and these phones still being sold… well you get the idea. That’s not to say you won’t get anything from the added speed. Just don’t expect everything to be designed to take advantage of it very quickly. The target platform is still the 3GS if you want the full iOS audience.

I expect we’ll see an iPhone 5, sometime next year. Quite possibly summer. I wouldn’t even rule out doing so a little earlier if market conditions warrant Apple pulling out the big guns sooner. Updated form factor, LTE, NFC chip, more performance tweaks all likely candidates. I could see Apple going for a software “home” button to make the screen larger without having to make the device so much larger.

If you haven an iPhone 4, I think waiting for iPhone 5 is just fine. I don’t think this device is amazingly better than the iPhone 4. That’s why they didn’t bump the version to 5. For older iPhone’s, this upgrade is just another step further away. The iPhone 4 is still a very solid phone. See above for my analysis on a more fragmented ecosystem.

iPhone 4S is nice, pretty much what people should have expected and will likely hold things over until next year when the iPhone 5 ships. Don’t expect apps to take advantage of this speed because most iOS users are running slower hardware and will for some time. If you have an iPhone 4, likely not much to persuade you to upgrade early.

Well reasoned and well thought out. I did not see the product announcement yesterday but have read through on it this AM. The bigger pending question I’ve gotten four times since yesterday. Going for an upgrade today is it iPhone 4S or an upper tier Android (read in Bionic or Incredible). I think the answer is still iPhone.

Software wise for 90% they are equal. iPhone excels in some ways (better app market overall) Android in others (Google integration for example). iPhone however has the advantage of a more polished UI (which apparently is behind a rumored high return rate on Android activations), and much more solid hardware. Even Androids top tier hardware doesn’t have that build quality Apple has managed to achieve despite using many of the same overseas plants and suppliers. Given how much wear and tear a phone takes, IMHO it’s worth the investment. iPhone still won’t withstand a substantial drop… but reality is no touchscreen can yet.

Apple is now targeting the lower spenders with the older iPhone 3GS and iPhone 4. Despite being older phones, I think they are solid enough to still sell and be good phones.

So yea, I think the answer is still iPhone. At least for today.