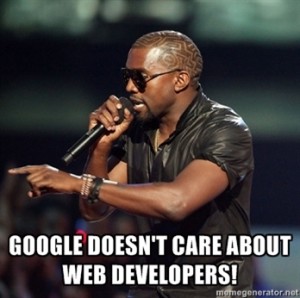 I ran into an interesting situation today not unlike one I’ve encountered hundreds of times before but this time with Google Chrome. One person was able to reproduce the bug on an internal tool with ease. Nobody else was able to. Eventually upon getting the version number it clicked. This particular computer had Chrome 10 installed.

For my younger readers, Chrome 10 is an “ancient” version from March 2011. This is back when Obama was still in office, the United States was in a recession, there was a debt problem in Europe, hipsters carried their iPads in man purses… These were crazy times.

For whatever reason this Chrome install, like a number out there didn’t update. It could be security permissions, it could have been disabled for some reason. I really don’t know, or care terribly much. The reality is not everyone can update on release day regardless of opinions on the matter.

Go try and find Chrome 10 Mac OS X on the internet. Try using a search engine like Google. Now try and find it for any platform. Good luck. It’s a pain. I can get a Phoenix 0.1 binary from Sept 2002 (this was my primary browser for part of fall 2002, I used it before Firefox was cool), but I couldn’t find Chrome 10 from way back in 2011. I was eventually able to trace down a Chrome 10 binary, work around the problem and move forward however it took way more time than it should have.

This to me illustrates a few key points:

The web is a fluid platform. Browsers are evolving platforms. Versions still matter as long as two things, the web at large, and the platform that is the browser need to interact. When version numbers no longer exist, it will likely be because monoculture is so strong it doesn’t matter. Until then, knowing what browser and what version will matter. Browsers will likely never agree 100% on what to implement and a timetable for implementation.

That image is a joke if you can’t tell. Google Chrome Developers are good people, they just need to put together an archive page for web developers.

I’m a bit behind… 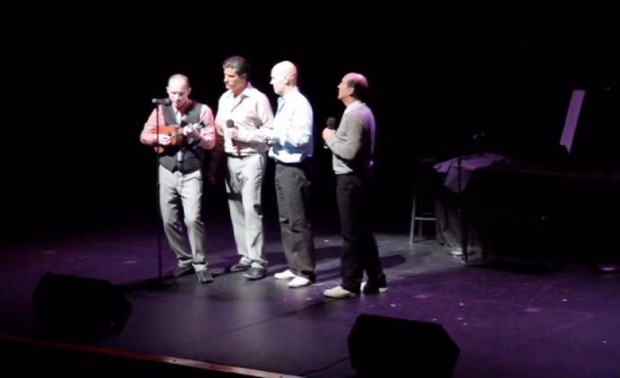 Back in 2008 I did a special segment in my “Secrets In Websites” series for the 2008 Presidential Elections. It was quite popular (almost crashed the server). I decided to do it again, but slightly revised for 2012.