Apple never documents all changes to the iPhone firmware. Many bug fixes/polish never get a mention in the release notes. Unlike some more transparent software products, the iPhone firmware is a big secret. The notable exception is Safari, or at least WebKit. MacRumors has traditionally done a good job of documenting the undocumented and has a forum thread for 2.2. Here’s one I just noticed:

When updating an app via AppStore in 2.1 it would create a new icon in the last panel, download, then replace the old version. In 2.2 it now finds the correct app and overwrites it. As minor as this is, it’s a nice level of UI polish. Yet completely undocumented (publicly) by Apple.

I wish Apple would make detailed change logs available for everything they release. Separate from the traditional release notes. This would be a big help for anyone technical.

It’s amazing how on a daily basis there’s a story about someone’s identity or data being stolen, personal info being misused, or just getting screwed via the Internet. Most of the time it’s due to a complete lack of standards regarding how people treat their digital property and identity. It’s the electronic equivalent of leaving your home and not locking the door. Anyone can come in and take what they want.

END_OF_DOCUMENT_TOKEN_TO_BE_REPLACED

It’s been a week of networking pain. For the past few weeks Comcast has been using a low DHCP lease time. 30 minutes to be exact. This is typical of when they are doing network upgrades/repairs and is what a normal network administrator does. It’s similar to lowering the TTL for DNS.

Renewing the DHCP lease is normally a pretty transparent process, but this time around it’s been causing network connections to drop. While this process is relatively quick, it still resulted in a brief network outage that would kill connections. Occasionally it created a spike when things came back online, which made it feel even longer due to the resulting lag.

No configurations have changed in a long time other than a firmware upgrade a few months ago. Strange I thought. Why is it insisting on on loosing the IP and rediscovering, rather than just renewing? I let it go for a few days hoping Comcast’s low DHCP lease time would be temporary. After 2 weeks I decided to dig deeper.

After a few emails with Motorola’s tech support (Motorola bought Netopia in 2007) they came to the conclusion that the renew-lease ACK packet wasn’t reaching the router. They suspected the firewall wasn’t allowing it to pass, as a result it was dropping the IP, and requesting it again from the DHCP server. They suggested opening up UDP/67 and UDP/68 on the firewall. This seems to resolve the problem. I’m still seeing the lease drop at about 1:00 AM for the past 2 nights, but that’s really a low priority issue and may indeed be on Comcast’s end. It’s possible the router was renewing the hard way every 24-72 hours for a few months, but I know Comcast’s DHCP lease time has been lowered before and the router didn’t exhibit this behavior. Perhaps the firmware upgrade changed the firewalls behavior? I don’t recall that in the docs. Regardless, it’s fixed.

Now today, the UPS for the router, modem and file server’s battery died. Yet another pain. I was able to swap the battery with a similar model UPS from another computer for now. I can deal with that other computer later.

Now maybe I can take my networking hat off for a little while. Couldn’t resist. If you feel compelled to supply an alternate caption feel free to leave a comment.

Many people have done covers of Baby got Back. Jonathan Coulton wins though for simply being the most amusing interpretation. Considering the competition, which includes Weird Al, that’s saying a lot.

For anyone who doesn’t remember the original, I recommend checking it out.

This is actually the second blog post of mine to have that title. The first was in 2004 when I said Thunderbird needs a similar effort. A little more than 4 years later, I’m really glad to see it finally become a reality.

As a side note, a lot of my old blog posts are becoming a reality these days. I find that to be rewarding. 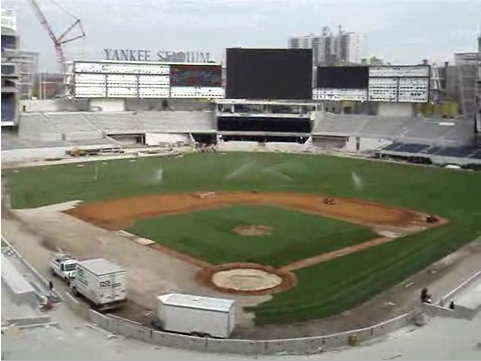 Here’s a video of the New Yankee Stadium. This is the first I’ve seen of it actually having an infield, as opposed to a dirt pit with construction scraps all over. Looks like it’s almost ready. Monument park in the old stadium has been disassembled.

A very cool change landed in Firefox 3.1. View source will now create links where appropriate (a rather old bug I might add). I must have copy/pasted millions of url’s over the years out of view source so that I can look at a JS or CSS. This is an immense help for anyone who does this quite often.

Just another great piece of polish for Firefox 3.1.

The big story over the past 24 hours is Steve Ballmer’s statements regarding WebKit:

“Open source is interesting,” he said. “Apple has embraced Webkit and we may look at that, but we will continue to build extensions for IE 8.”

END_OF_DOCUMENT_TOKEN_TO_BE_REPLACED

To do this, Tews and his co-researcher Martin Beck found a way to break the Temporal Key Integrity Protocol (TKIP) key, used by WPA, in a relatively short amount of time: 12 to 15 minutes, according to Dragos Ruiu, the PacSec conference’s organizer.

They have not, however, managed to crack the encryption keys used to secure data that goes from the PC to the router in this particular attack

The key things to note is:

I personally started using WPA2 and completely disabled support for TKIP a long time ago. I’m sure it will eventually be cracked, but hopefully I’ll be using something else by then.

Another good idea is to always ensure sensitive info is done using HTTPS if you can help it.