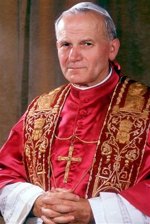 What about Mother Teresa?